A British Airways plane on Friday, June 18, suffered a nose gear collapse on the tarmac at Heathrow Airport, London.

Airport emergency crews rushed to the scene with the extent of the damage to the plane not yet known.

Photos show the Dreamliner 787 with its nose on the ground while a stair car stands by.

READ ALSO :  Chihuahua tears off woman's entire eyelid as she gets lashes done for her birthday (photos) 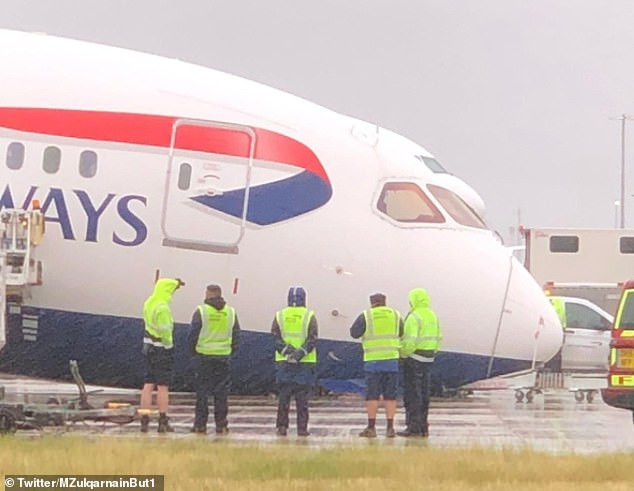 It appears only the front landing gear, underneath the pilot’s cabin, has collapsed, leaving the plane at a bending angle. 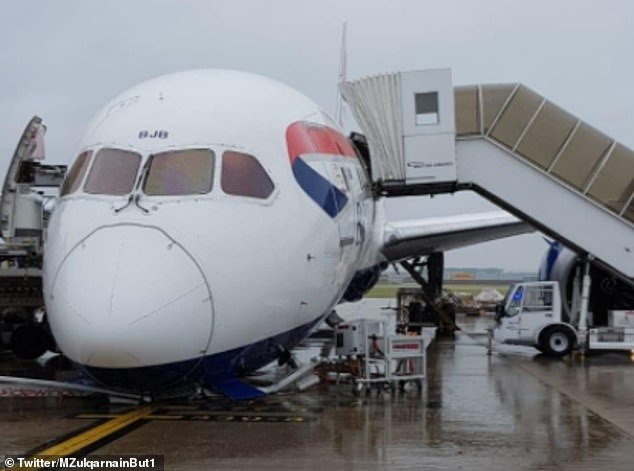 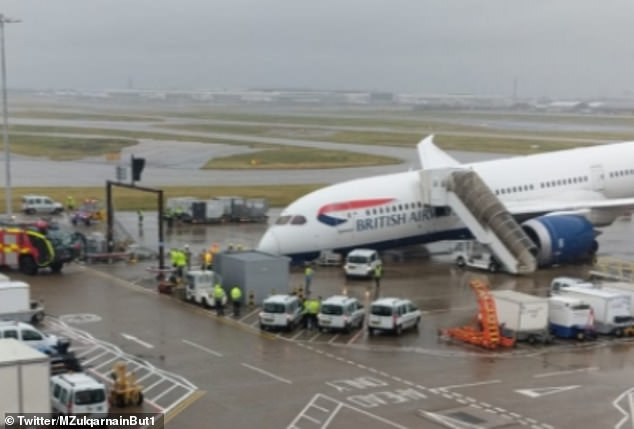 ‘Extent of the damage is currently unknown, further details will be reported once available.’

READ ALSO :  Popular Nigerian Pastor reveals why Hallelujah is not an Heavenly language(Video)

A spokesperson for British Airways said they would be investigating the incident saying  that the aircraft was only transporting freight and so luckily had no passengers on board.

A spokesman for the company said: ‘A freighter aircraft has been damaged while stationary on stand. As a freighter only aircraft there were no passengers on board.

READ ALSO :  Nana Addo is to be blamed for recent robberies; he has failed Ghanaians-Haruna Iddrisu (Video)

‘Safety is always our highest priority and we are investigating the matter.’