Home Viral Man cries bitterly after lady turned down his proposal, says she is...

An unknown man has shared uncontrollable tears on social media after a lady he proposed love to rejected him.

The man admitted that he’s madly in love with the lady and would want to be in a relationship with her but she has rejected him because she’s older than him.

According to him, the lady revealed that her greatest fear remains that he is much younger than she is (the man is 26, while the lady is 31).

Sharing his story, he wrote:

“I feel I’ve completely lost my mind. This girl and I started out as complete friends… we were both in toxic relationships so we advised ourselves.. I couldn’t stand mine so I called it quit, while she did the same few weeks after. Prior to this, we talk every single time even when I’m in meetings, we do almost everything together on videocall and she started opening up about her feelings…”

Read the story below…

READ ALSO :  Lady in tears as she narrates her experience with a cheating husband 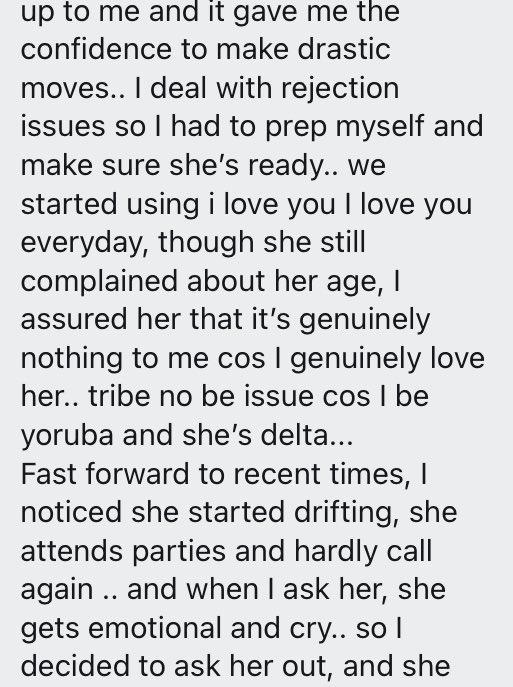 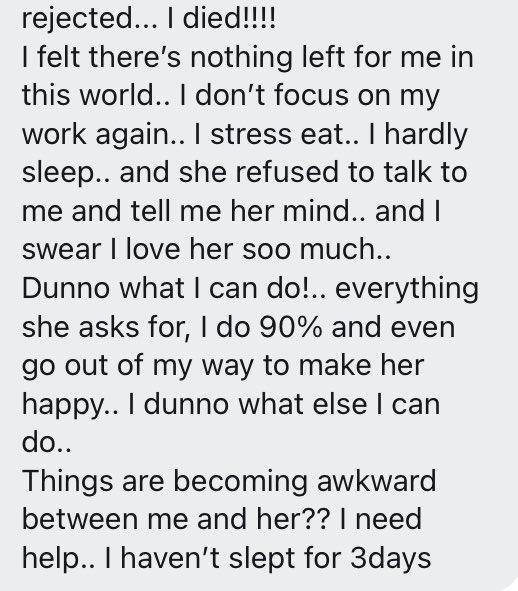 Married woman reveals how she fvcked someone two weeks to her wedding and how it’s a trend every now and then they meet and...

Lady narrates how her mum denied her after she pranked her

“I’m scared, my husband is a ghost” – Woman cries out after several encounters with a ghost in the house for five years