Home Crime “I Was Sent By God To Kill Him” – Pastor Who Murdered...

A 21-year-old self acclaimed pastor who murdered a native doctor has revealed that it was God who sent him to do it. 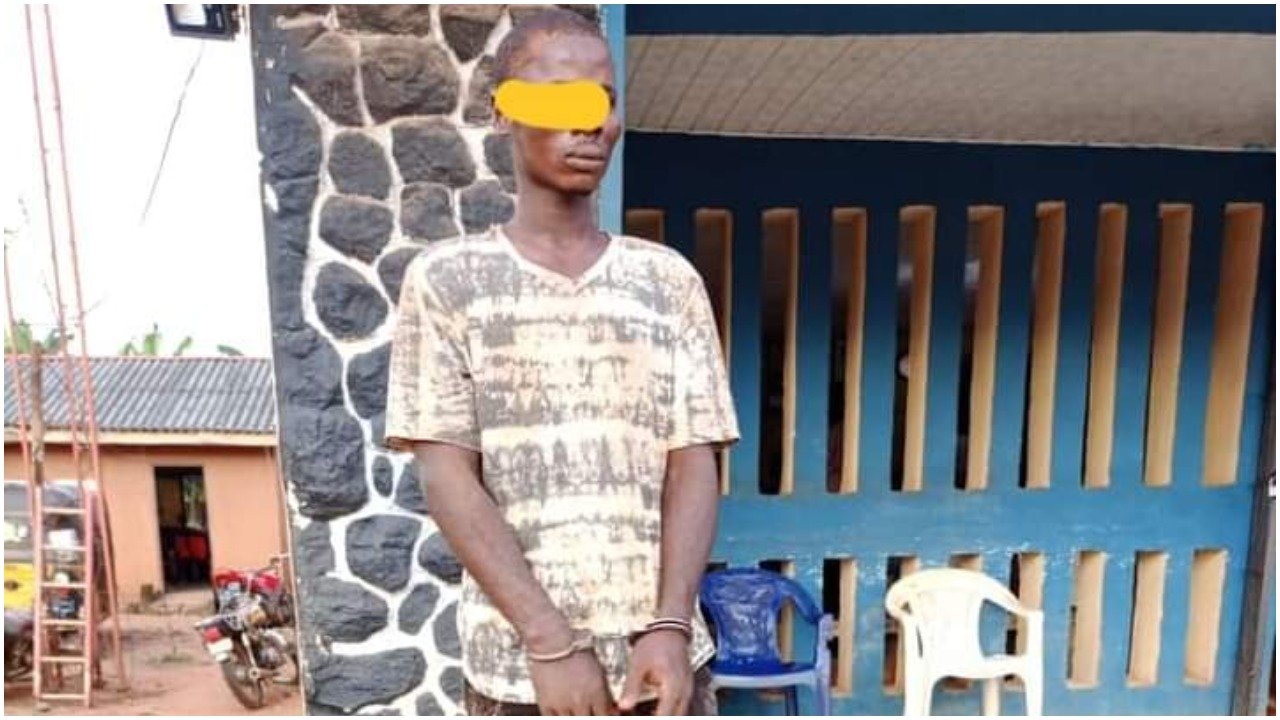 The pastor, identified as Uchenna Chukwuma, has been apprehended by the Anambra police command, for reportedly killing a native doctor, Oliver Chukwudi Ugwu, 60, in Umusiome Nkpor, Idemili North LGA.

It is reported that the suspect who hails from Amagunze in Nkanu East LGA of Enugu, committed the crime on Thursday, Sept. 4, 2020 and claimed that he was sent by God to kill the native doctor .

He further alleged that the victim was disturbing him spiritually and did not allowed him to progress financially.

According to the State’s Police Spokesperson,Haruna Mohammed , police detectives were alerted of the crime and quickly rushed to the scene and found the victim in a pool of blood .

They rushed him to Iyi Enu hospital, where he was certified dead by medical personnel .

He further stated that the machete used in perpetrating the crime was recovered as exhibit and investigations are ongoing to unravel the circumstances surrounding the incident while the deceased’s body has been deposited in the morgue .

If Your Phone Falls Inside Water, Don’t Put It Under The Sun Rather Here Is What To Do

Linda Bakiweyem - September 18, 2020 0
funeral ceremony in Ecuador took a strange turn when a woman jumped on top of a half-open coffin and started twerking.

Yolanda Brew - September 18, 2020 0
A young innovator who just sat for the 2020 Basic Education Certificate Examination (BECE) has outdoored a car he assembled himself by driving it...

How I Made My Twin Sister Sleep With My Husband On Our Wedding Night...

Linda Bakiweyem - September 17, 2020 1
A woman who has a twin has narrated how she made her twin sister she identified as May...

Lady In D Black’s S3xtape Speaks For The First Time,Speaks On How The Video...

Isaac Brown-Yawson - September 18, 2020 0
The lady in D Black's at0pa video has finally reacted to the viral video and how it got leaked. According to US-based lady identified as...

Linda Bakiweyem - September 5, 2020 0
A woman was shot in the face after standing up to a couple who had called her fat.