A heartbroken lady has narrated her bitter experience with a cheating husband that has made his side-chic a bigger priority.

Narrating her ordeal, the woman disclosed how her husband rejected the idea of going on a honeymoon with her immediately after their marriage, the reason being that he wasn’t financially stable, but lo and behold three months later, he secretly took another girl to spend the weekend with her in another city.

The lady who seems to be in pain also narrated other heartbreaking experiences of hers which have made her consider filing for a divorce.

“I got married last year October, we dated for like 5 years. So after our marriage I asked him for us to have our honeymoon even though it’s just for a week but he said he’s spent a lot and can’t finance honeymoon at the time, I said okay it’s understandable we can always go when we are disposed financially… three months later he flew out with another girl to another city to spend the weekend…”

Read the full story below… 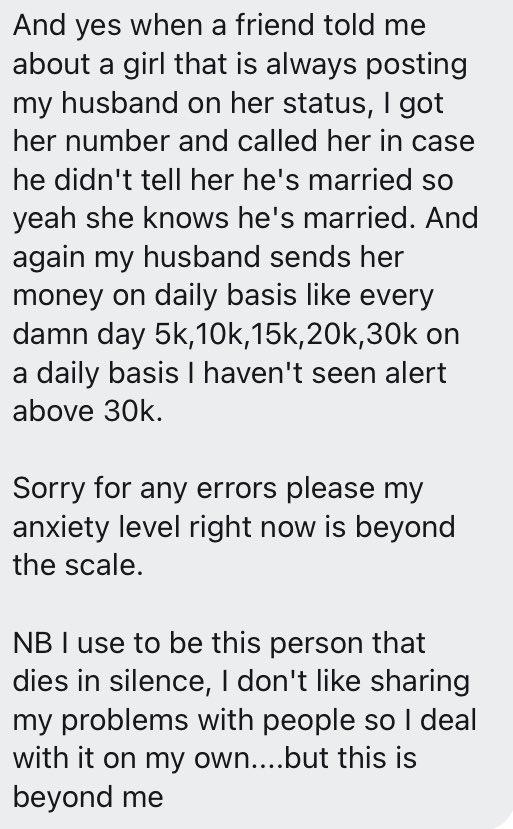