Home News Multiple rockets hit US base in Syria less than 24 hours after... Multiple rockets have hit a US military base in eastern Syria on Monday, June 28, less than 24 hours after US President Joe Biden launched airstrikes on Iranian-backed militia sites in the Iraq-Syrian border.

Coly. Wayne Morrotto, spokesman for Operation Inherent Resolve, said: ‘At 7:44 PM local time, U.S. Forces in Syria were attacked by multiple rockets. There are no injuries and damage is being assessed.’ 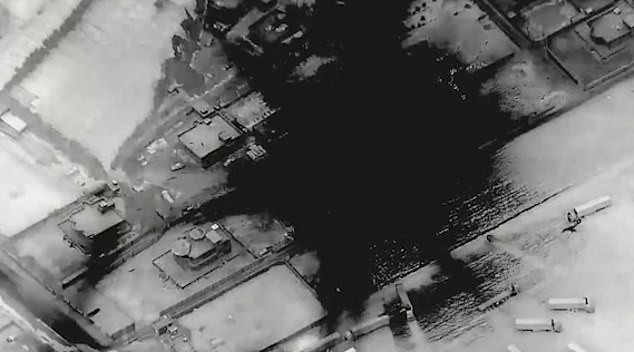 The attack took place at a site known as the ‘Green Village’ near an oil field, where 900 American troops are believed to be stationed. 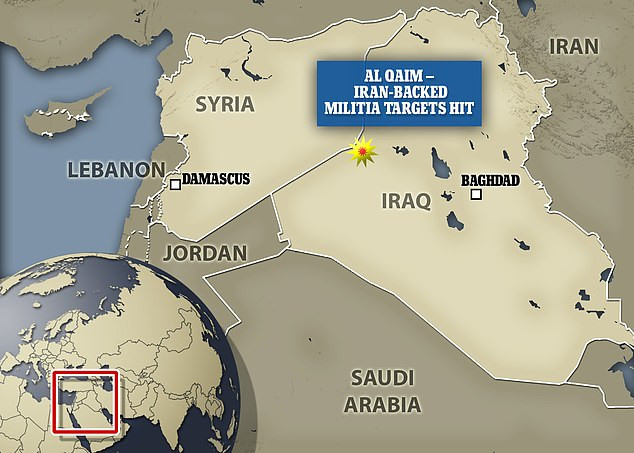 A US defense official speaking to CNN said the rockets were ‘likely’ fired by Iranian-backed militia in the area, but the origin had not yet been officially determined.

Some of the missiles landed near US troops, according to the report.

The overnight strikes was President Joe Biden’s second strike of his administration and has sparked fears of further escalation between Tehran and Washington during faltering efforts to revive Iran’s nuclear deal.

Two targets were attacked in Syria, with a third also bombed in Iraq. The Pentagon said multiple Iran-backed militia groups including Kata’ib Hezbollah (KH) and Kata’ib Sayyid al-Shuhada (KSS) had been hit. The Pentagon released video footage from the cockpit of the attack Monday morning.

‘Iraq reiterates its refusal to be an arena for settling scores,’ Kadhemi added in a statement, urging all sides to avoid any further escalation.

Iranian foreign ministry spokesman Saeed Khatibzadeh said the Biden administration was ‘taking the wrong path’ in the region and was continuing the ‘failed legacy’ of the Trump administration.

‘Instead of emotional actions and creating tensions and problems in the region, the U.S. should change its behavior and let the regional people establish security without Washington’s interference,’ he said during his weekly news conference.