A 65-year-old man by name Issah Dramani has been arrested by the Nsuta Police for butchering his second wife ,Mariama Dauda with a cutlass over alleged infidelity.
Narrating how the incident happened to Nana Ampofo – host of “Ay3 HU” – a social talk show on Accra-based Hot 93.9FM, Superintendent Doris Amewu of the Nsuta Police Command said:
“The suspect Issah Dramani and the victim Mariama Dauda have been married for over twenty years with Six children, and both live at Ankamadoa Nsuta in the  Ashanti Region….Mariama Dauda is the second wife of  Issah. During the month of April,2021 the suspect went to their hometown in the Northern region and paid the bride price of his first wife. 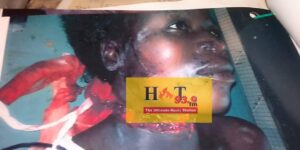 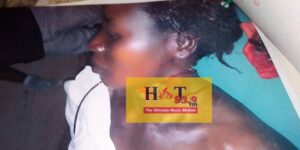 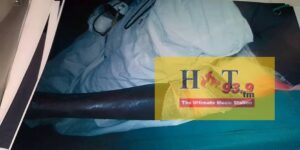 “That on 2nd july at about 3 pm the victim and the suspect were in the house without any quarrel .After 3pm prayers, victim left home for farm with the intention of cultivating millet”, Supt.Doris Amewu told Nana Ampofo
According to Sup. Doris Amewu,”Whilst she was in the farm, Issah emerged and  told the victim not to cultivate the millet with the reason that he suspects her of  having an affair with another man during his absence”.
Supt. Doris Amewu continued, “So Issah Dramani’s accusation permeated an exchange of words between them through which Issah got overly infuriated and started inflicting Cutlass wounds on the right and left hands of the victim…  She then started shouting for help which attracted one Ben who was also working in his farm…the victim tried to run away from the suspect but she fell on the ground and the suspect used the Cutlass to slash her neck”.
The victim,Mariama Dauda who was bleeding profusely was quickly taken to the mampong District Hospital and currently receiving treatment while her 65-Year-old husband, Issah Dramani has been remanded in custody by the Nsuta Magistrate court to reappear on 21st July 2021.