Manchester City failed to really show up in the all-English Champions League final against Chelsea on Saturday night. 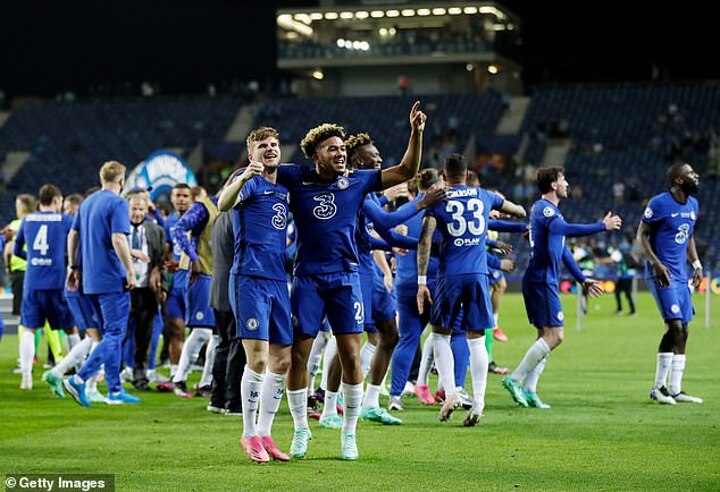 Pep Guardiola’s side were edged out 1-0 in the Estadio do Dragao in Porto by a superbly resolute Chelsea side.

Despite late City pressure, Chelsea never relinquished that lead, with midfielder N’Golo Kante and Edouard Mendy, on their returns to the team, crucial defensive figures in a determined combative performance.

And Sportsmail’s Jack Gaughan gives his verdict on how each player performed during the Champions League final on Wednesday evening.

Might feel that he should have stayed at home when Kai Havertz rounded him but let down by those in front of him. Strong long distribution had opened Chelsea’s back line up earlier in the piece.

He was drawn to the ball on a few occasions, although did attempt to give City some impetus down their right. Took up some dangerous positions, especially when motoring forward.

Shakier than he has been for a while. City seemed a little surprised that the central defenders would have Havertz up close to Timo Werner and it may have spooked them. 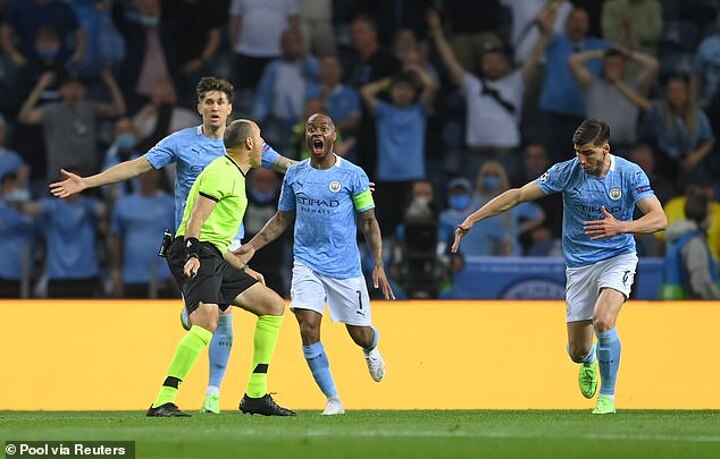 Nowhere near his best. Looked a little nervous and unsure of who to pick up when Chelsea turned over possession. City often struggled to deal with Chelsea’s countering from midfield.

The left back was growing into the game until he failed to spot play developing for Chelsea’s opener. Had to attempt to get himself the right side of the goalscorer quicker.

Despite the plethora of midfielders, had very few runners to hit when trying to speed the game up at the most opportune moment and was later sacrificed as City switched it up.

Asked to hold City’s midfield for the first time in a long time and it showed. City’s top scorer is not used to screening a back four. Didn’t manage to recycle possession enough.

The one City player who looked the most likely to drag them back into the final. Went close with a great chance in the first half and continued bouncing off defenders to create something. 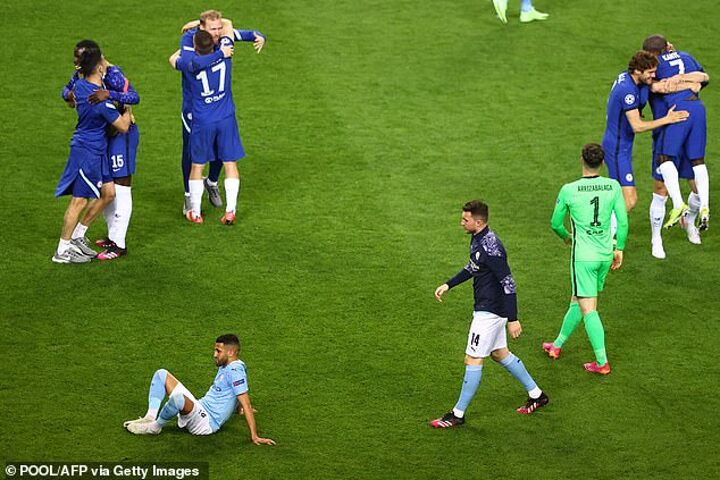 Failed to produce from the right wing. Went missing for lengthy spells and did not create enough space for Walker to go beyond him. Not enough protection defensively either.

Completely out of sorts and that was evident as he continued to come deep searching for the ball. Came off when he suffered a nasty blow to the head when colliding with Antonio Rudiger.

The major selection surprise after being left out of the best XI for much of the last three months. Needed players closer to him out on the left to negotiate a way free in tight spaces.

His team selection – leaving out both recognised sitting midfielders – raised eyebrows. May have been expecting to enjoy more possession than they did in the first half. Was playing catch-up thereafter.

Managed to shake off a rib injury that saw him replaced at half-time against Aston Villa last week. Stood up tall to Sterling in the opening moments to close the angle to goal.

Organisation the key and closed to space between himself and Reece James intelligently. Chelsea’s compact back three made the final so tough for a team intent on unpicking them. 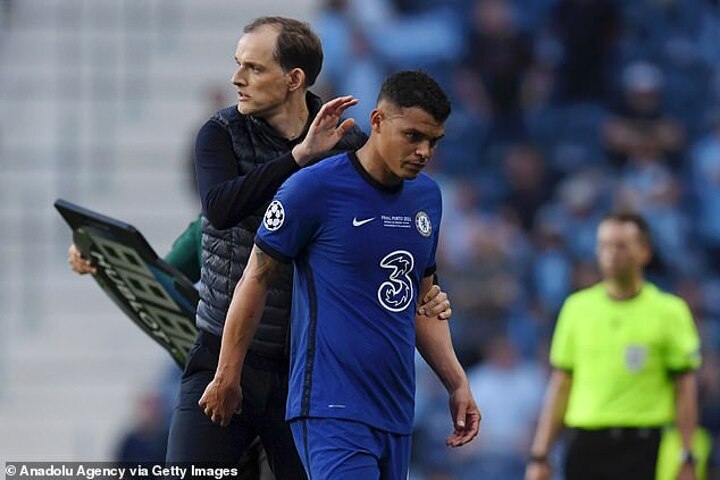 Forced off before the break with an apparent groin problem after landing awkwardly from an aerial battle. Hadn’t allowed himself to get drawn out of position by City’s runners and was having a good game.

Huge block to prevent Foden from opening scoring just before the half hour, making sure he got across to snuff the danger. Carried on following the heavy clash of heads with De Bruyne.

Excellent night which fully justified his inclusion in the England squad if it were still required. Gallantly stuck to his task against the wily Sterling and keeps maturing with each game.

Barely ever wastes a pass but managed to do the dirtier side of the game as well, blocking off runners wherever possible and later slowing it down to Chelsea’s advantage. 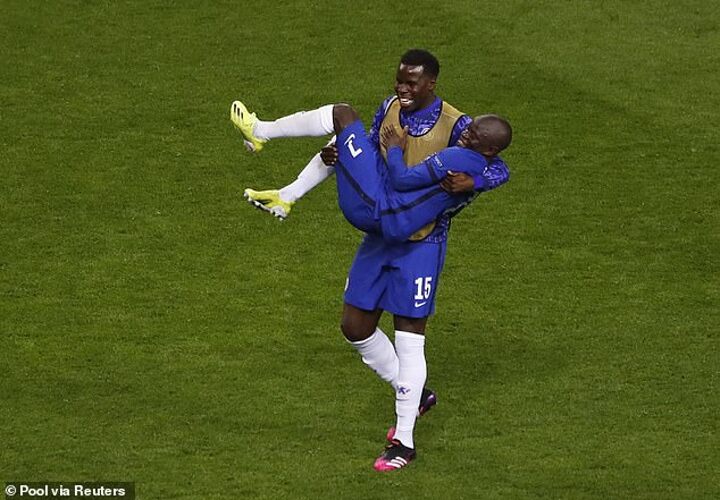 Exceptional when breaking up the play. Two moments, within six minutes of the second half, saw him stop Foden when manufacturing a good position and De Bruyne when careering through.

A bundle of energy up and down the left for Thomas Tuchel and a lovely touch in the build-up to Havertz’s goal. Kept Mahrez very quiet and gave the Algerian no joy when turning inside.

Superb through ball for the opener and Mount had earlier notably tracked all the way back from a Chelsea set-piece to impressively halt the countering De Bruyne’s progress. 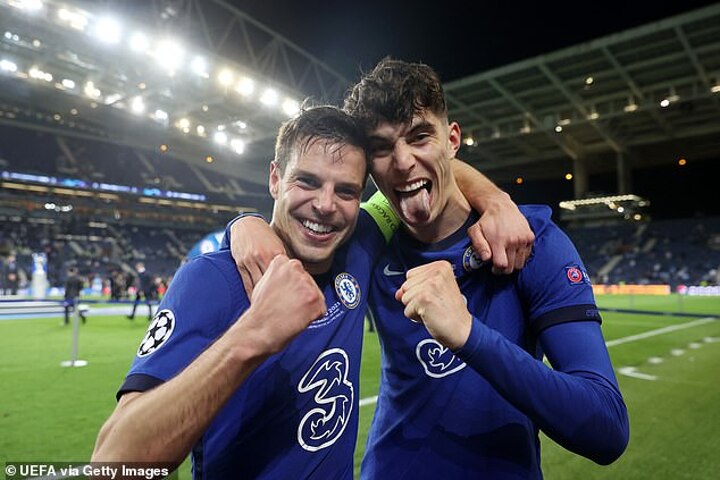 Calmness personified as he saw Ederson coming to open the scoring, round the goalkeeper with ease. Intelligent run between defenders to fashion the chance.

Missed chances – as he so often does – but the movement for the first goal was exemplary, dragging City’s central defenders away from their stations to open up crucial space for Havertz.

Kept it simple with his team selection and had Chelsea drilled in how best to nullify a team chock full of midfielders.

The final started with countless soft free-kicks and that set the tone for the evening.

Official: Eriksen is back at Inter Milan training ground today