The first blockbuster clash of the 2021/22 Bundesliga season is set to take place on Saturday evening with RB Leipzig welcoming Bayern Munich to Red Bull Arena, and in doing so welcoming their former coach, Julian Nagelsmann, back too. 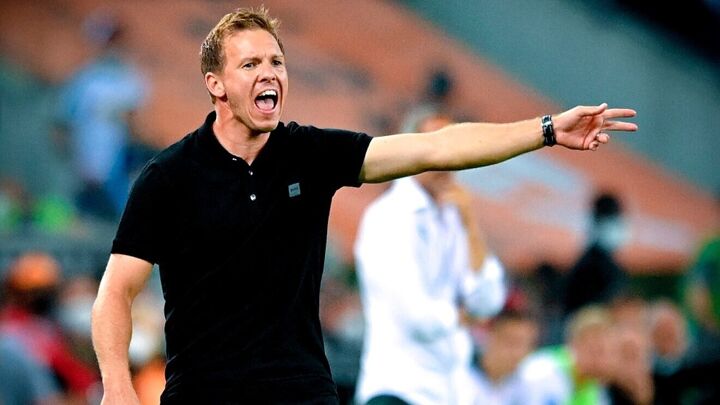 Nagelsmann left Leipzig in the summer to take charge of the Bavarian giants and life under new coach, Jesse Marsch, has been far from smooth since that juncture.

A start of just one win in three matches has RB Leipzig 10th in the Bundesliga standings, way off their usual top-three ambitions, whilst Bayern Munich have made an unbeaten start, winning two and drawing one match.

There is also the small matter of Marcel Sabizter, formerly RB Leipzig’s creator in chief, possibly making his Bayern Munich debut on Saturday.

It may not be the only debut in this match either, with the deadline day signing of Ilaix Moriba having vastly bolstered RB Leipzig’s midfield depth.

The former Barcelona midfielder has had a disjointed pre-season and may not have a lot of match fitness, but it could be the perfect time to introduce him to the team unit.

Nagelsmann confirmed on Friday that injury concerns over Alphonso Davies and Thomas Muller were minimal and that both would be fit to start the match, although the news regarding Kingsley Coman and Corentin Tolisso was less positive, with both set to miss out.

For the hosts, Angelino remains an injury absentee with Josko Gvardiol set to continue at left-back in the Spaniard’s absence.

Brian Brobbey and Yussuf Poulsen are both fit to start, but will likely remain on the bench behind summer signing Andre Silva.