Home Viral Shocking as man uses money given to him to take care of... A Twitter user has narrated how a man who was given money to take care of his 7 children, used the money to marry a second wife.

According to @purpleandflawed, the money was given to the man to start a business to feed his children by the NGO her friend works with.

She said the NGO found out about the marriage after they went back to see how the man and the children are faring. 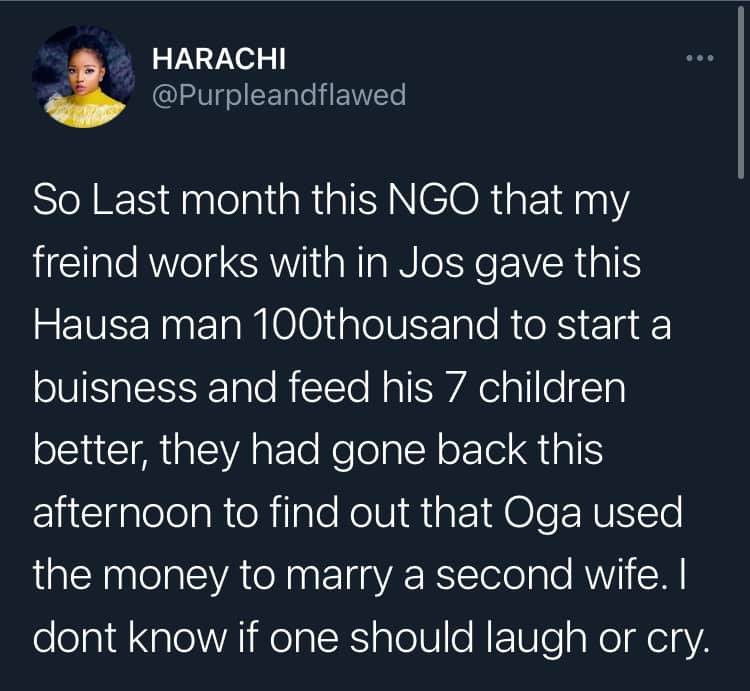